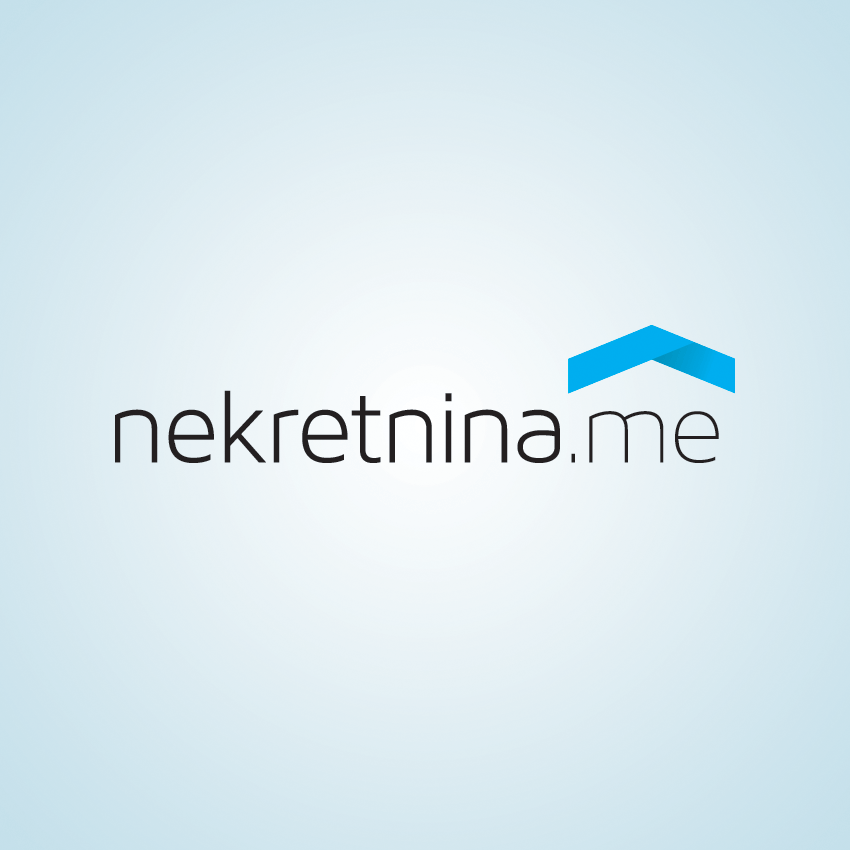 Along the Bay of Kotor, international developers and buyers are flocking to the country’s tiny coastal towns, including Tivat, Perast, Sveti Stefan and more.

In Montenegro’s Bay of Kotor, a new 450-berth luxury marina can accommodate superyachts up to 250m. The Azzam, currently believed to be the world’s longest yacht at  180m, could dock there with plenty of wiggle room.

The deep-water berths of Porto Montenegro symbolize the new face of Montenegro, the smallest Balkan nation and formerly part of Yugoslavia. Ten years after its independence, Montenegro is drawing international buyers with its mix of new luxury developments and historic coastal towns.

The Bay of Kotor, a winding inlet of the Adriatic Sea with almost 70 miles of coastline in southwest Montenegro, represents a Golden Triangle for developers, says Dolores Ilić, director of research and marketing at Dream Estates Montenegro, Savills’ local affiliate in the region.

South Africa’s Kerzner International Holdings has started work on a resort in the town of Kumbor, while the bay’s largely undeveloped Luštica Peninsula is the focus of three major plans. Qatari Diar is working on a resort with 140 new homes; developer NorthStar, backed by European and Middle Eastern capital, is creating a resort called Montrose on 131 acres; and the first residents have moved into Luštica Bay, a $1.2 billion development by Egyptian company Orascom Development Holding. 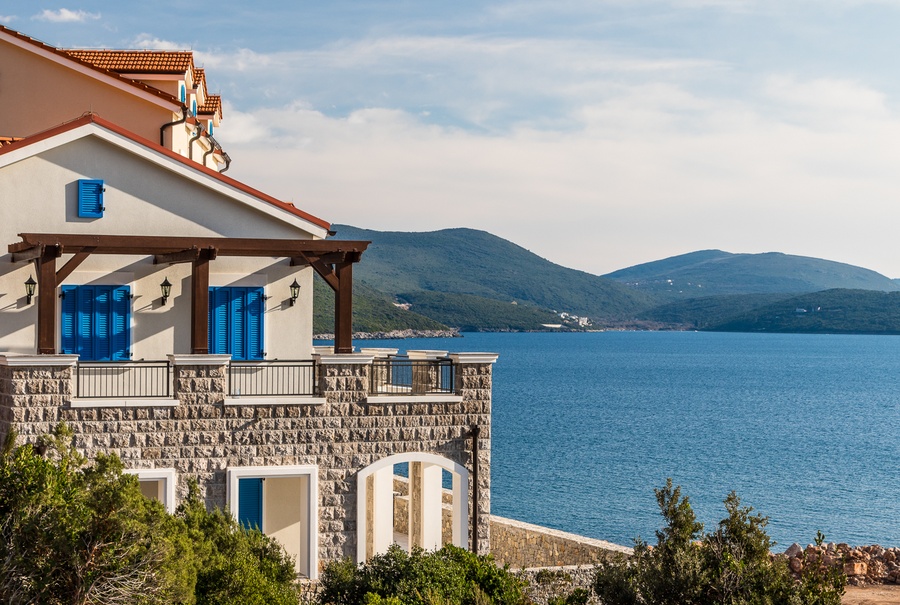 Meanwhile, the Investment Corporation of Dubai, the principal investment art of the Dubai government, has just purchased Porto Montenegro, home of the superyacht marina, for an undisclosed sum.

Porto Montenegro was the creation of Peter Munk, the Canadian founder of mining company Barrick Gold. In 2007, he and a group of investors paid $26 million for a 99-year lease on a rundown, government-owned naval site close to Tivat airport. Backed by a consortium including Russian metals oligarch Oleg Deripaska, banking-family scions Nathaniel and Jacob Rothschild and LVMH chairman Bernard Arnault, he turned the site into a luxury village, complete with shops, restaurants and an international boarding school.

So far, 220 apartments have been built and sold, with another 64 under construction. Prices for the Regent Pool Club Residences start at about $490,000 for a one-bedroom apartment; a three-bedroom apartment of about 241m2 is priced at about $4.2 million. The developer reports that all of its buyers have come from outside of Montenegro—primarily from former Soviet bloc nations, former Yugoslavian countries and Britain. 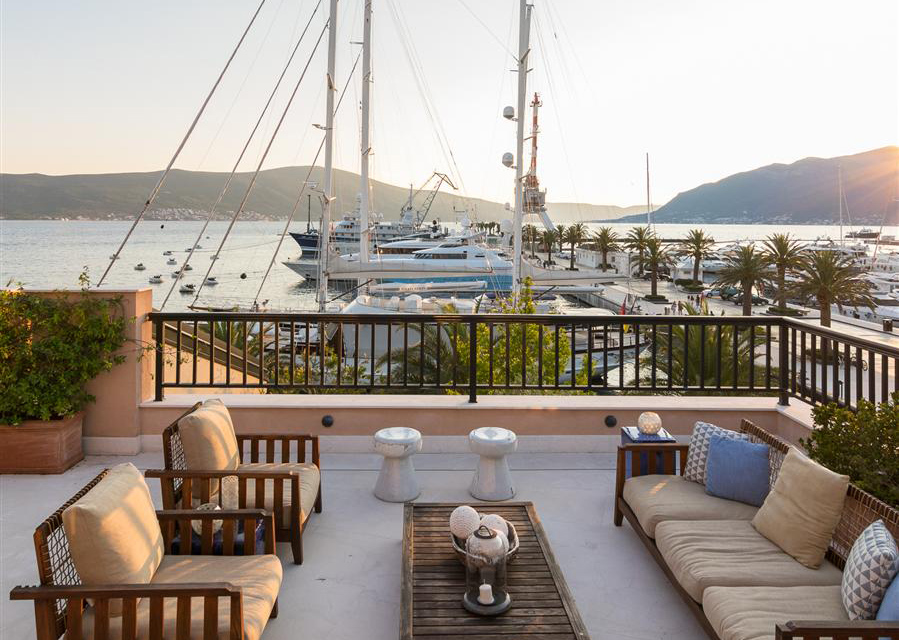 These developments represent a second wave of interest in Montenegro, which first saw an influx of foreign buyers in the aftermath of the Bosnian and Croatian wars. Investors flooded Montenegro in 2005 and 2006, and the country saw steep price rises for coastal real estate in the run up to 2008. When the global recession hit, prices collapsed, and they have only just begun to stabilize as buyers begin to return.

As Montenegro’s profile rises, it is becoming more accessible. In March, budget airline EasyJet began flying from Manchester Airport, in the north of England, to Montenegro’s Tivat Airport. Flights will launch from London Gatwick in June. Montenegro’s government has announced that direct flights to Tel Aviv and Amsterdam are imminent., while negotiations with Fly Dubai about flights to the United Arab Emirates are ongoing.

Beyond Porto Montenegro, the most popular location for overseas buyers is the historic walled city of Kotor, where apartments sell for an average of $237 per square foot, according to Peter Flynn of the real-estate agency ntRealty. Buyers are drawn to the area’s historic charm and natural beauty, but there are some downsides: The town can be raucous at night, and most homes are located above bars, shops and restaurants.

A quieter alternative is Perast, one of many small villages along the same stretch of coastline. Located 7 miles from Kotor, the fishing village is lined with historic houses, many with private chapels. The most desirable properties are the captain’s villas and palaces built in a Venetian style by wealthy sea captains in the 1700s. 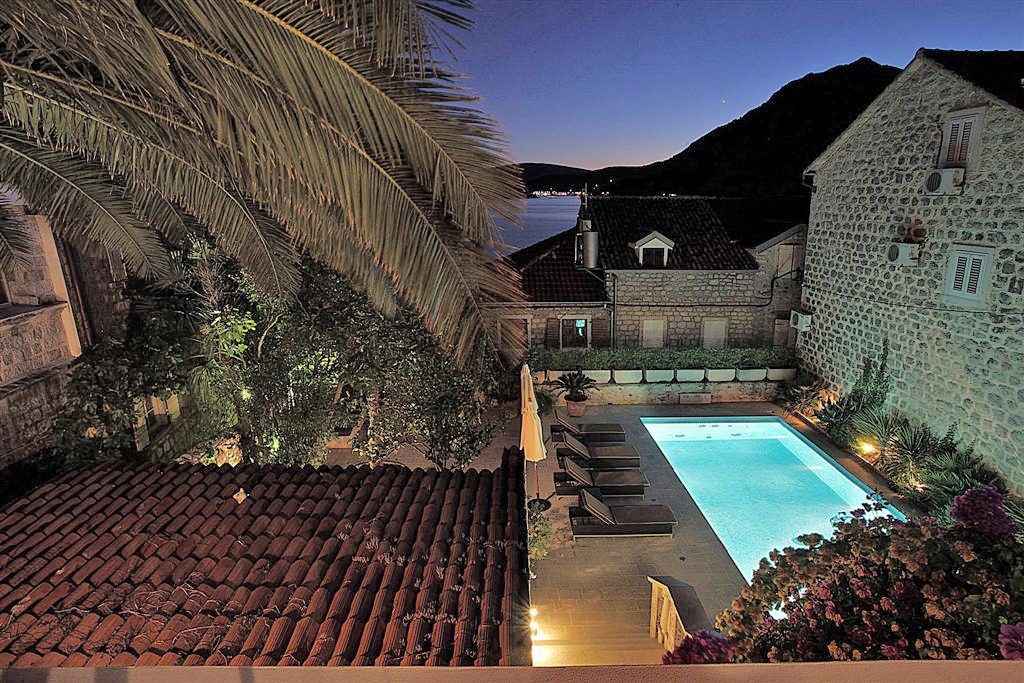 Farther down the coast is Sveti Stefan, a small village with a unique selling point. Just off its coast is an ancient island fortress, accessible from the mainland via a short causeway, and among the most recognizable of all Montenegrin sights.

In 2009, Aman Resorts opened a five-star resort on the island, taking over several (formerly public) beaches in the process. The loss of the beaches wasn’t popular with locals, but Aman put Sveti Stefan on the map, and apartments in the village now sell for around $526 to $736 per square foot.

The nearby town of Budva has seen both the benefits and costs of new development. Budva’s old town is charming, but its outer streets have been overwhelmed by development projects, said Dragan Marković, owner of Mont-Real estate agents. The result is an area with high-density developments and a network of roads ill equipped to handle the influx of newcomers.

“We paid a very expensive price for being popular,” he said.

Želimir Ivanović, a director at Mont Real, says foreign buyers are now starting to buy villas in the mountains, where they can enjoy peace, quiet and magnificent views, and still be in the thick of things within a few minutes’ drive.